Robert Redford and Paris Hilton at Sundance. What anomalous event could have possibly transpired in order for these two persons of society to land in the same sentence? As you may have heard, Robert Redford told everyone that Sundance isn’t fun any more because people like Paris Hilton show up and “leverage their own interests”. He allegedly even asked everyone at the press conference to join him in a pact to ignore her. Hahahaha, awesome.

First off, we love an older gentleman with the cajones to speak his mind. Second, maybe he will ban Paris and then she won’t be able to get any more free bags of those awful white sunglasses she wears. 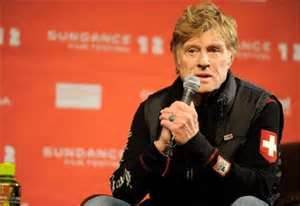 Robert Redford is our friend.

“She doesn’t have anything to do with the films. My question is, ‘What movie is she in?”

Next, we imagine some of the things Paris was probably overheard saying in Park City: 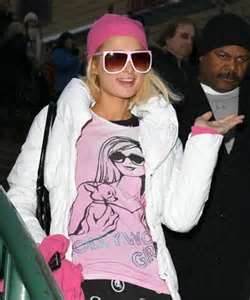 “Umm, did you hear James Franco is in like a gay movie here?”

“Can you imagine the size of Kim’s ass when she hits 6 months?”

“Can I get some adderall in my redbull vod?”

“You might know me from the major motion picture, House of Wax”

“I love these pink sparkle Uggs”

This has been an edition of  “Imagine what Paris Hilton Said”.