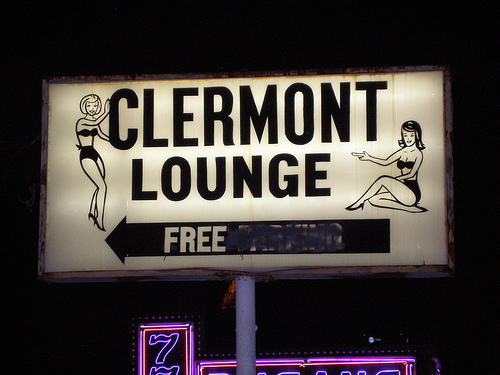 Blair: So, have you talked to Ted from Atlanta?

Blair: Did you guys hook up?

Blair: So why did you even tell me about him then?

Clair: You asked if I met a man.

Blair: I think I’m in love with my spin instructor.

Clair: God, you need a hobby. I knew you and Jason stopped fucking. I could feel it.

Blair: Relationships are complicated, something you know nothing about.

Clair: We should still hike the John Muir trail from Wild, quit our jobs and just do it for 90 days. I could finally teach you transcendental meditation.

Blair: Oh you have a job now?

Blair: Do you know how to do that even slightly?

Clair: Why don’t you wanna hike the John Muir trail? I would think you’d be very interested in something that burns so many calories.

Blair: Ha ha ha, hysterical, are you a comedian or something? I’m a serious writer. In fact, I get paid for it. How much do you make doing comedy?

Clair: You should take Jason to a strip club and buy him a lap dance. Maybe that’s just what he needs to get the little guy up again? I went to one in Atlanta called the Clermont Lounge where all the ladies are the age of grandmas.

Blair: Of course you did.

Clair: This stripper named Little Bo Peep pulled me aside and told me I looked too pure and innocent to be in such a place.

Blair: She must have been very old. And blind. And not at all there.

Clair: I told her I’ve done a bunch of mushrooms.

Blair: What is wrong with you?

Clair: Gotta run. Enjoy spin class and the lust in your heart for your clearly homosexual instructor.