Clair on Food and Dating

Okay, so last night I was home minding my own business on my couch when out of nowhere, my buzzer rings, and drunk Clair is suddenly at my door. It was 11 pm, you guys. I was tired. I did not feel like talking, I wanted to go to bed. But, as you know by now, Clair is my best friend (and mortal enemy, but don’t tell her I said that) and so I obvi had to listen to her recap her date even though she ambushed me late night.

A note about Clair: she never shuts the shit up about food. I’ve had conversations with her about it before where I’m like, “Yes, people generally do like food, Clair, but you can’t monopolize 95% of conversation by only talking about this one thing. It’s not healthy! Mix it up a little bit, girl! Getta clue, gal.” And then she always gets mad at me, and is just like, “Blair, you never understand. You’re a very impatient person and you also just don’t understand sensual people like me who have a deep appreciation for life’s earthly pleasures.” And then I’m all, “Whatever, Clair, go choke on a hot dog” (just kidding, I didn’t say that last one but I darn well wanted to you guys). 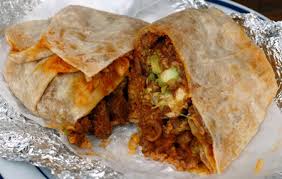 Anyways, this was our conversation:

Clair: “I dunno, Blair, I just feel like these guys just don’t really get me sometimes. I’m feeling discouraged.”

Clair: “So, we were at this fly ass Mexican restaurant, and all the sudden he starts hitting me with these interview style like questions and you know I don’t do well with those, I freeze up every time. It’s like “chill bro, it’s the first date bitch!’… I think I’m for sure done with Chads by the way.”

Clair: “He asked me what ‘I truly wanted out of life’ and then I thought about it for a second and I was like, I’m just gonna shoot from the hip on this one and tell him the first thing that comes to mind, just like real talk you know.”

Me: “What was your answer?”

Clair: “I told the truth. It’s always best to speak your truth, Blair. So I said- ‘After thinking about it, I think all I truly want out of life is to be very fat without anyone noticing. I wanna eat without repercussion in society. I wanna eat like an underweight high school football player. I wanna eat like the mangey lost boys in Hook when Peter Pan shows up to feed them.”

Clair: “And he didn’t even say anything. He didn’t even pretend to smile or empathize with my selfless offer of childlike vulnerability. I was uncomfortable after blurting that out so I accidentally started attacking my carne asada burrito and then he finally stopped being stunned and silent and then gave me this disgusted look as if I started eating a baby!”

Me: “Well, he sounds like a good listener at least?”

Clair: “YOU’RE NEVER ON MY SIDE, BLAIR! Okay, so after that point, everything just kept getting worse and worse and I was slamming margaritas and then I started rambling and I couldn’t stop. I really couldn’t, I just started talking at him. But who cares? I mean his name’s fucking Chad.”

So I was like: “I feel a deep emotional connection to food, ya know? Do you feel that, Chad? Like are you ever in the middle of eating and out of nowhere, BAM! you’re overcome with loss cuz you know it’s about to be over. You are seconds away from being robbed by the completion of the meal! Soon, you won’t be eating any more, Chad! The apex of pleasure for the next three hours is about to be over and there’s sadness in that, Chad.

And the guy is so dumb that he just very curtly says, “No, I don’t feel that way”, like a total asshole, but there was no stopping me. I really couldn’t stop talking.

So I was all: Do you ever feel that some invisible force is presenting you with a food filled obstacle course? Like when you need to get food for your 6-hour JetBlue flight and so you go and buy your burrito ahead but then you have 40 minutes until you board, and you’re just like, “oh shit, I’m really in for it now’ cuz that melty Mexican prize is burning a hole in your lap and you damn well know you’re not tough enough to get through this unscathed. SO YOU EAT IT, but then it feels like you lost the state championship?

And Chad says, “But that doesn’t make any sense, it’s totally illogical, what would you eat on the plane then? If you have discipline on the outset then you won’t have to suffer later on.” Blair, I hated him so much in that moment. The universe could not have picked a more opposite or deplorable person to have me interface with. And then he dropped the real bomb. Total bullshit machisimo. I almost hit him but then I was like I don’t need any assault charges right now.

He said: It’s so dumb when girls say that food is better than sex. Nobody can actually believe that.

So I was all: Umm, yes they can, Chad. Everyone knows that food is better than sex. AND the best thing about it is that when you finish eating nothing sprays you in the face.

And then asshole Chad suddenly threw cash down on the table, put his hands in the air, and just said, “I’m sorry, but I think I’m done here” and then walked out of the restaurant.

Me: “WHAT THE HELL, CLAIR! ARE YOU INSANE! YOU’RE INSANE. I’M NOT TRYING TO HURT YOUR FEELINGS BUT HONESTLY SOMETIMES YOU’RE AN EXTREMELY DIFFICULT PERSON TO BE FRIENDS WITH. I WOULD KILL MYSELF IF I HAD TO DATE YOU.”