The Bachelorette With Clair’s Mom

I was talking to Clair yesterday and then naturally The Bachelorette came up because we’re two young girls and we don’t have our heads in the clouds like dumb idiots. Anyways, weirdo Clair then proceeded to tell me all about her conversation with her mom. I didn’t even ask her about it you guys. And she just relayed the entire thing to me anyways, against my will! Some people have zero self awareness, I swear. 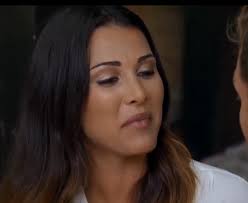 Clair’s Text Conversation with her Mom (Bolly) re: The Bachelorette

Clair: “Yo, you watchin’ the Bachelor?”

Clair: “Oops I mean the Bachelorette”

Mom: “Nah not on yet. I will prob turn on for some. Is it one hr?” (Editor’s note: Clair’s mom, Bolly, lives in California)

Clair: “But my favorite guy on the show is sooooo cute and cool and funny and the best guy out of all of ’em and apparently he died after filming so they did this memorial montage on the first episode and now I’m falling in love with this guy who I know is dead.”

Mom: “Ugg. Oh gosh now I remember that story. Terrible. How did he bite dust again?”

Mom: “Yes. Hang gliding very dangerous. That woman must have been devastated.”

Clair: “They’re all meatbally and too shaved and tan and love going to clubs and drinking vodka redbull”

Mom: “I didn’t ask if you were attracted to them. I was just asking if the guy was nice on the show.”

Clair: “Oops you are right, my bad”

Mom: “I think so. Only watched a little bit. Show is boring, I have things to do.”

Clair is annoying, right. Can you believe she made me sit through that an entire thing, I srsly thought I was gonna die. I truly don’t even know why I’m friends with her. Also, someone plz tell her to brush her hair (srsly).